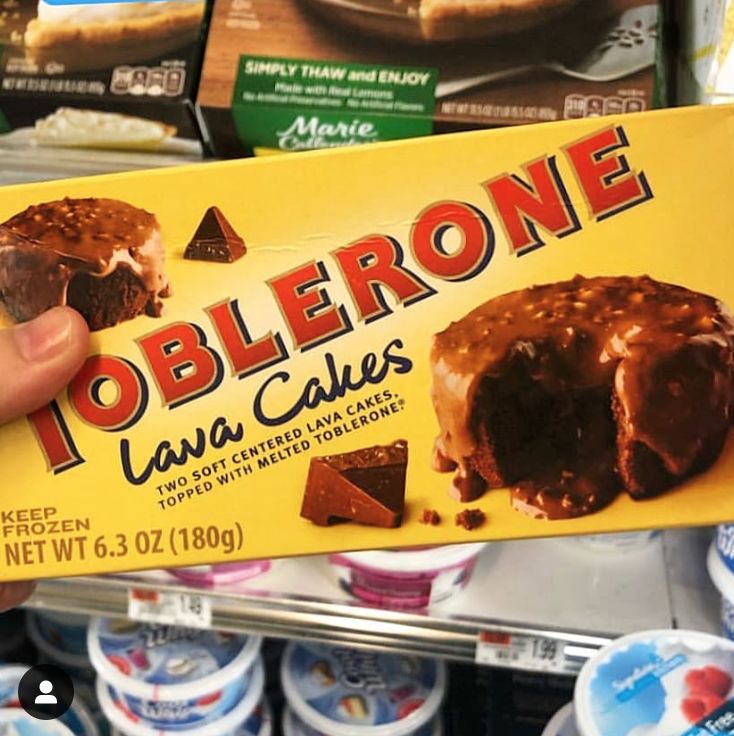 The new Toblerone Lava Cakes were originally featured by Instagrammer @candyhunting, who is known for finding the latest snack food scoop. According to the packaging for the new treat, the Toblerone Lava Cakes consist of "two soft-centered lava cakes topped with melted Toblerone." Perhaps the best part is that the new lava cakes are sold frozen, which means you can pull them out and heat them up whenever a chocolate craving strikes.

For those looking to get their hands on this gooey new treat, the Toblerone Lava Cakes were originally spotted at Shaw's, which is a Massachusetts-based supermarket chain.