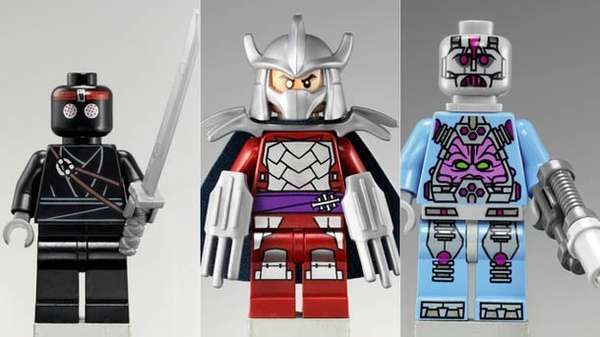 For those of you who were upset when you heard that Nickelodeon was replacing Michelangelo's famous catch phrase in Ninja Turtles, "Cowabunga" to "Booyakasha," here's some compensation. LEGO has taken a childhood classic, Teenage Mutant Ninja Turtles, and created the figurines that were debuted this week at New York's Comic Con.

The toys feature a variety of characters including Master Splinter, Shredder, a turtle mobile, a pizza truck and all the ninjas. These TMNT LEGO figures will be released on January 1, 2013 but only in North America, but with most places closed for the new year, the eager beavers may have to wait another day.
4.6
Score
Popularity
Activity
Freshness
Get the 2021 Trend Report FREE