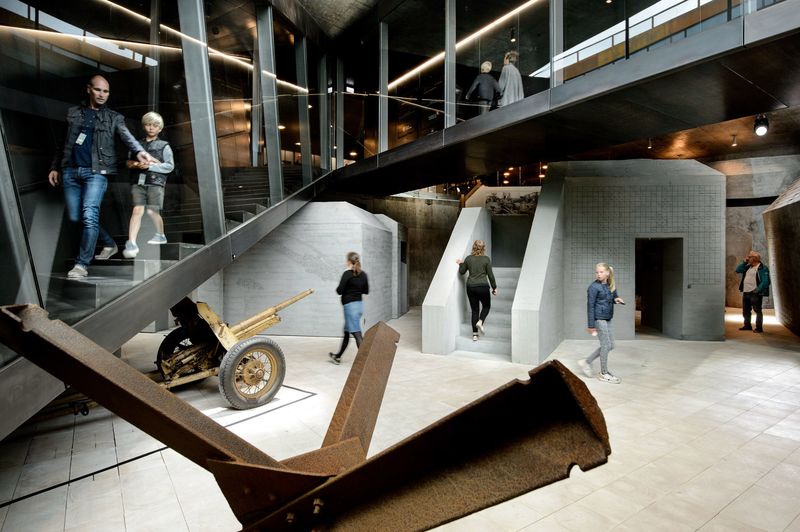 BIG's Tirpizt Bunker is Touted as an Invisible Museum

Joey Haar — July 14, 2017 — Art & Design
References: dezeen
Share on Facebook Share on Twitter Share on LinkedIn Share on Pinterest
BIG, the famous Danish architecture firm, has built a new set of exhibition spaces at the Tirpitz Bunker in Blavand, Denmark. The "invisible museum," as it's being branded, is built into a hill near a bunker erected by Nazi forces during the second world war, and it will house exhibitions that educated about the history of the war and the Tirpitz Bunker's role in it.

The bunker itself already housed a small museum, but BIG's subterranean addition significantly expands the museum as a whole. The "invisible" portion of the museum doesn't look like it would add much though, as the spaces are hidden underneath a natural sand dune beside the bunker. The only visible features are four linear corridors carved into the dune.

The new addition is designed to contrast against the massive concrete structure of the original bunker, showing a divergence of belief as well as style.
2.2
Score
Popularity
Activity
Freshness
Jeremy Gutsche Keynote Speaker