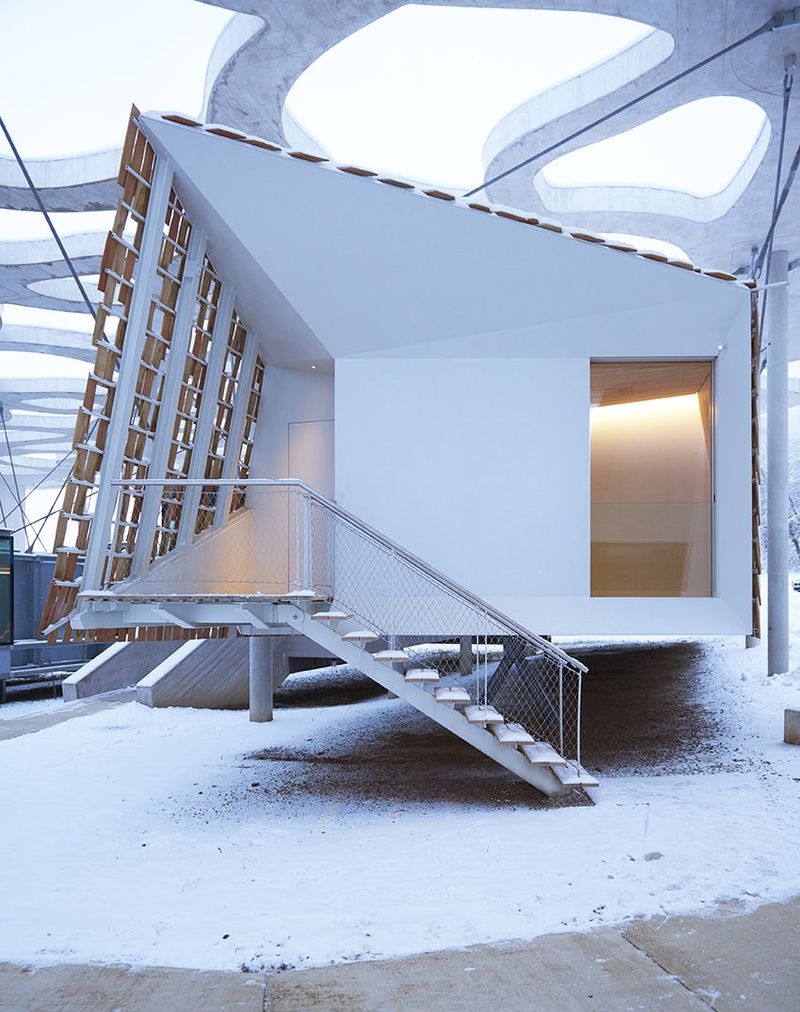 This Elegant Cabin Hovers Above the Snow in the Swiss Countryside

Rahul Kalvapalle — March 14, 2019 — Art & Design
References: kkaa.co.jp & worldarchitecture.org
Share on Facebook Share on Twitter Share on LinkedIn Share on Pinterest
Japanese architecture company Kengo Kuma and Associates is challenging some of the most long-held assumptions of architecture with the unveiling of a gorgeous timber cabin that doesn't sit on the ground as most cabins do but is instead suspended above the ground.

Situated in Switzerland, the aptly-named 'Suspended Forest' cabin is suspended from concrete in such a way that it appears to be hovering, especially when viewed from a distance. Inside, the cabin makes use of funky eye-catching geometric patterns, making it a true feast for the visual senses.

In addition to being a true feat of architectural prowess, this timber cabin is also a great example of architectural design being plotted with due respect to the natural surroundings of the area, with its snowy, suspended stance allowing it to seamlessly blend in with the rugged beauty of the Swiss countryside.
2.3
Score
Popularity
Activity
Freshness
Get Better and Faster