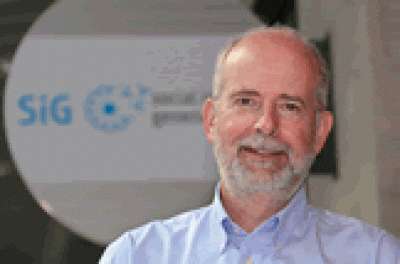 Tiana Reid — December 10, 2011 — Social Good
References: sigeneration
This is the second of a two-part interview with the legendary Tim Draimin of Toronto’s Social Innovation Generation (SiG). While the first part of the interview covered SiG’s role in social entrepreneurship in Canada, namely his current position as the Executive Director at SiG and his former position at Tides Canada, this part of the interview focuses on definitions of social innovation, where Tim Draimin looks for inspiration and how the global Occupy movements have potential for large-scale social change.

SocialBusiness.org: What is your definition of “social innovation?”

Tim Draimin: From SiG’s point of view, we see social innovation as being a very broad, generic heading for all kinds of ways of innovatively supporting positive social change for society in the ecosystem. A very simplified way in describing that is: New ideas to help us meet unmet needs. We use a more complicated one, which is, social innovation can be a process, initiative, product, change in authority flows, change in resource flows, that help move a system away from vulnerability and towards greater resilience. We’re interested in social innovations that have durability, scale and impact.

There’s a broad spectrum of social innovations. At one end we have really wonderful, community-based innovations that are being applied one by one in different communities or the ways in which people use that kind of incremental innovation -- you know the Japanese call if kaizen, where you just tweak, tweak, tweak, tweak and over time you realize that you’ve tweaked something really big but you’re doing it on a small scale.

So that’s on one end and then in the middle you have social innovations that basically help some existing system work much better. An example of that might by Pathways To Education, which started up here in Toronto, and it’s a number of different things, but one of its core thesis is providing at-risk youth in inner-city schools with mentorship, support and incentives to help them excel in high school and imagine themselves going on to university. And it’s had a dramatic impact. It’s an example of an innovation outside of the formal system because it wasn’t part of the education system but it helps the existing educational system work much better.

At the far end of the spectrum is full systems change -- things that really help to make a large-scale systems change and that can be disruptive and create one level of change, set into motion dynamics of change that create an opportunity for another set of big innovations. Probably a poster child example of that, for me, would be Muhammad Yunus and microfinance. Trained in the United States, he got his PhD and returned home to Bangladesh 35 years ago. He was trying to figure out how he and his partner at the university could help people. In the course of one natural disaster he was helping out with, a woman asked him, “Would you be able to make a small loan to me?” That request crystallized in his mind an insight. There are all these people who are outside of the formal credit system, so what would be the impact to make small amounts of capital available to them? So they experimented with that, and as you know, over time it evolved and it took him 8 years to figure out that if he took men out of the equation, then the success rate would go up. It became a local thing, a national thing and then it became a global movement where there are now several thousand intermediary organizations making capital available to about 100 million people -- probably influencing the livelihoods of about half a billion people. So, going from idea to applied social innovation to social movement to scaled impact.

As significant as that has been, it has created other innovations in its wake. If that started in the mid-70s, then nearly 25 years later, a guy named C.K. Prahalad and others had this insight that microfinance is a really global thing; it’s clear that there are people at the bottom of the pyramid (of the economic pyramid -- poor people) who actually represent a marketplace. What are the ways in which business could be serving that marketplace? It’s called the bottom of the pyramid strategy. That was in the late ‘90s, and in the mid-2000s, people had this insight: As powerful as microfinance is -- giving small loans to people -- much more impactful would actually be the opportunity for poor people to save safely. Most poor people do not have access to any institutional savings programs and so it’s really hard for them to steward capital that they might have been able to save over time. If their relatives are giving them remittances from developed countries, where are the going to keep it? How are they going to transfer it? Etc. And then people realized that there are twice as many people in the developing world that have cellphones than bank accounts. What if we could turn these cellphones into saving vehicles? The first scaled example of that was an initiative called M-PESA (M for Mobile and PESA, Kenyan for money) in Kenya, which has just become a huge success and has allowed literally millions of people to become savers and to manage money much more effectively than they ever had been before -- and it has helped to manage a whole series of financial transactions. There’s an example of a social innovation that starts off in one arena, goes to scale, creates a window of opportunity for something that builds on that idea and then creates another window of opportunity. That’s really what we’re going to see -- the arc of change in social innovation.

SocialBusiness.org: Speaking of that “arc of change,” where do you think the Occupy movements fit into social innovation? Do you think it has the potential to spark something beyond a grassroots level?

Tim Draimin: I personally think that the Occupy Wall Street movement is really important. It reflects, obviously, a level of frustration with how the system hasn’t been working very well. And sometimes there’s a difference between everybody knowing the system isn’t working very well and then everybody recognizing that everybody has the same insight. I think the Occupy Wall Street movement represents that second thing: It’s created a vehicle for everybody to see that there’s a broad-based potential social movement -- a large number of people who share the concern. The Wall Street movement is the beginning of a movement-building process. (Obviously the world has had social innovations for hundreds of years and the abolitionist movement is cited as probably the world’s first big global social change movement with real impact.) The real opportunity from a social innovation point of view is not just that everybody is finding a common cause and is now connected so that people are working at this in dozens of cities around the world and see themselves reflected in people who are using languages that they could never communicate directly with.

I think the real thing is going to be how the crowdsourcing process is going to see all of these hundreds of thousands of people around the world who are thinking, “Hey, we have this power of people and the interest in bringing about change but what are going to be our strategies?” Out of the myriad of strategies that all these Occupy movements are going to be developing, which are going to be ones that are going to be surfaced as ones that are going to really help to bring about social change? How do those ideas get disseminated; how do they get picked up by other people? I think the broad-based sharing and crowdsourcing of coming up with some of these ideas is wonderful, and I think the other thing is the constructive side of it. In earlier history, you might have had social movements like this and the only expression they might have had as an outlet would be something that would lead to violence. This hasn’t led to violence; it’s led to people trying to figure out what they should do. I think it’s really early days for us to be able to judge what its impact could be. We all should be very in tune to what’s happening and how these things are connected.

Obviously from a social innovation champion’s point of view, modern technology is one of the basic components of the DNA of social innovation. It has helped open up so many things that wouldn’t have been possible a hundred years ago because the knowledge would have attracted very small circles and there wouldn’t have been the ripple effect of those ideas spreading out and having an impact.

SocialBusiness.org: How do you get your inspiration?

Tim Draimin: I’ve been working in this field for nearly four decades -- so a pretty long time -- and I am, I guess, typical of the evolution of people working in the non-profit space. When I first started, I was very narrowly focused on non-profits. I was trapped in the non-profit silo of who I related to and how I envisaged the world was working, and what were possible levers of bringing about positive change. When I look back now, I think, well, I was really working in black and white. Really, social innovation is all about working cross-sectorally, creating ability for governance, business and the community sector to collaborate together to come up with solutions to complex problems. It’s like moving into a whole Technicolor universe. I’m very inspired by how exciting the present moment in history is. We had such a narrow set of tools in our toolbox years ago and we have such a growing and dynamic set of tools that are available today -- that’s really exciting. The inspiration is: Who are the people that are using those tools that basically are telling these wonderful stories? As well as realizing how much an idea can move to bring about major change like the Muhammad Yunuses of the world.

Earlier, I was talking about the two founders of PLAN (Al Etmanski and Vickie Cammack) and they’ve done wonderful things with their organizations to figure out ways to scale. One of the things they were doing was working on helping parents figure out estate planning and savings programs so that their kids would have access to more money. Al and Vickie came to the conclusion that the major challenges facing people with disabilities were poverty and social isolation. So on the poverty side, they tried to help around savings programs and then when they thought about how to scale, they thought since the federal government has a program to register people with disabilities (there are 500,000 of those people), maybe we can create a savings vehicle. Today, Canada is the first country in the world to have a Registered Disability Savings Plan, the RDSP. On the social isolation piece, decades before Facebook, Vickie and Al figured out that if you could create a social network around a child, that even if the parents exited the scene, there would still be a loving, caring group of people who would help that individual live as independent and as productive a life as possible. They had ways of helping families construct these social networks, which have been extraordinarily successful, and now in the age of modern technology, Vickie has started a business called Tyze, which is like a virtual, web-based private Facebook application that links the individual to the support network to the formal care system, the informal care system. It’s an extraordinary social innovation. It’s people like that who really inspire me.

Another one is Frances Westley, who’s our academic and our thought-leader at the University of Waterloo. She and a colleague, Brenda Zimmerman, have written one of the first books in the world on social innovation called Getting to Maybe. It’s just wonderful to be working in the shadow of these great giants in the field of social innovation.
2
Score
Popularity
Activity
Freshness