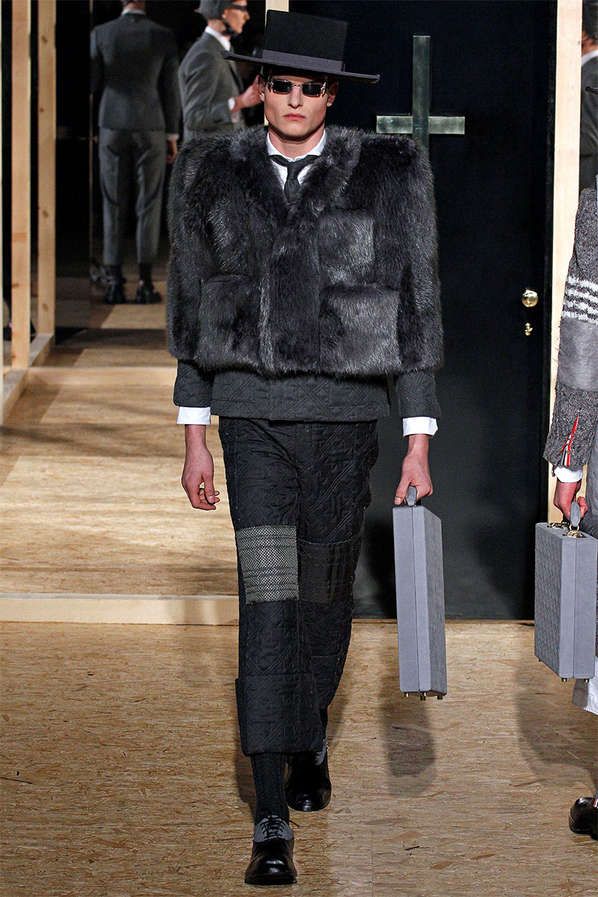 Erin Fox — January 21, 2013 — Fashion
References: thombrowne & fuckingyoung.es
Share on Facebook Share on Twitter Share on LinkedIn Share on Pinterest
As the models of the menswear Thom Browne Fall 2013 collection strut down the runway, the extravagant message coming from the boxy top hats and square-like blazers make quite an impression. This Amish-inspired collection focuses on the traditional sense of a man's suit and spices it up with the infusion of modern American culture. The contradiction of the traditional ideology of menswear from the Amish community, combined with the upscale idea of haute couture in the new millennia, gives this collection an interesting amalgamation of tones and components.

From grey silhouettes to black tweeds, the Thom Browne Fall 2013 menswear collection focuses on updating the old. Thom Browne is no stranger to reinventing old cultures, as seen in his Brauhaus Spring 2013 collection.
4.6
Score
Popularity
Activity
Freshness
Get the 2021 Trend Report FREE