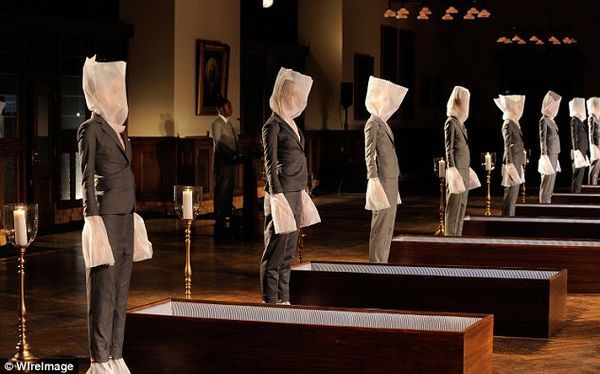 The designer is known for his shocking fashion displays and eccentric concepts. The Thom Browne 2014 show was one of the most shock-worthy moments of NYFW 2014. The fashion show took place in an open loft space in Chelsea that was transformed into a church filled with pews, altar boys, burning incense and chic nuns. As crosses hung from the walls, the models walked out of opening caskets and strutted down the runway.