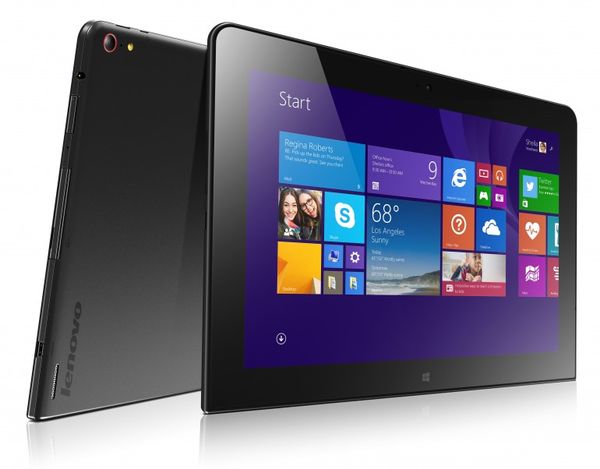 The Lenovo ThinkPad 10 is a Versatile, High-Performance Work Tablet

Rahul Kalvapalle — May 14, 2014 — Tech
References: news.lenovo & gizmag
Share on Facebook Share on Twitter Share on LinkedIn Share on Pinterest
Lenovo will soon be launching the ThinkPad 10 tablet, an upgrade over its popular 8-inch ThinkPad business tablet launched earlier this year. The ThinkPad 10 runs a Windows 8.1 operating system and is powered by a Atom quad-core processor, allowing users to feel like that they're working on a powerful desktop computer rather than a slim, portable tablet.

The classy aluminum-finished ThinkPad 10 features a 10-inch Full HD display with a 1920 x 1200 resolution. It is topped by scratch-resistant glass.

The device is equipped with a 2 megapixel webcam that enables 1080p video chats, and an 8 megapixel camera at the back. It also offers users the enjoyment of high-definition audio along with Wi-Fi, Bluetooth, USB 2.0 and micro-HDMI connectivity.

The Lenovo ThinkPad 10 will retail for $599 and up, and is expected to hit the market in June.
2.5
Score
Popularity
Activity
Freshness
Get Trend Hunter Dashboard