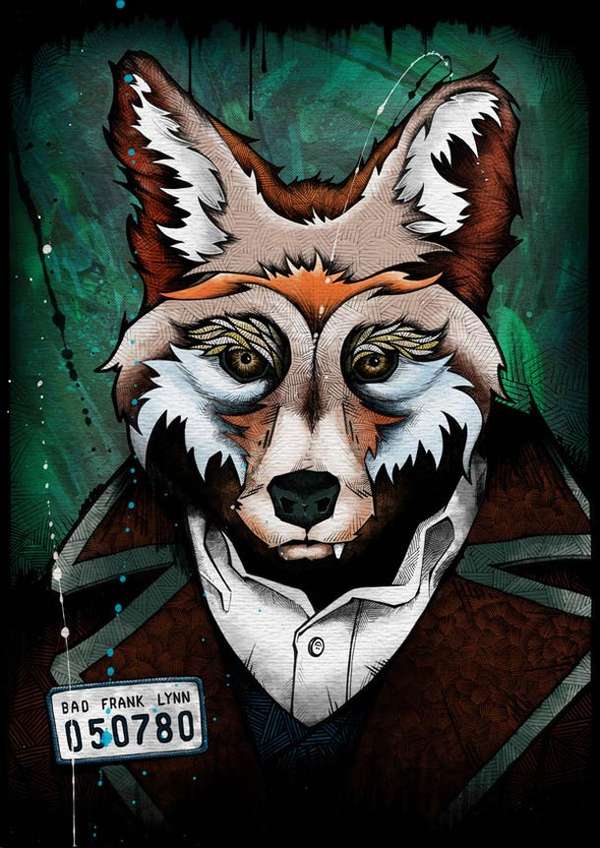 Harris Jay Rosenberg Alterman — January 24, 2012 — Art & Design
References: designerpreis & ufunk.net
Share on Facebook Share on Twitter Share on LinkedIn Share on Pinterest
If there's been a murder and no trace of the killer can be found, then it's time to bring in the usual suspects. However, this time the men under inspection aren't men at all; they're animals. But don't let that fool you because one of these low-lives is a killer.

First on the line is none other than the notorious Bad Frank Lynn, who has been known to sneak out at night and eat a few sheep. Next up is Crazy I. Jones, who runs the underground casinos all across the east coast. Then you have Mad Gerald who was earlier convicted for beating a man to a pulp with a stick of bamboo. Moving on down is El Loco Manu who burned down an office building after losing his job at GEICO. Finally, there is Evil Joe who is a local drug dealer known to move carrots around.

The usual suspects have been called in and from here on out, it's just going to have to be a guessing game because these slimeballs aren't going to say a word. Fetch a box of doughnuts lieutenant, because this is going to be a long night.
1.3
Score
Popularity
Activity
Freshness
View Innovation Webinars