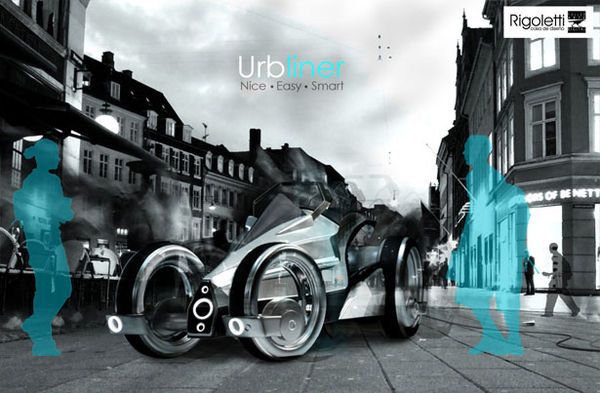 Michael Hines — October 12, 2013 — Autos
References: edo3vo.cghub & tuvie
Share on Facebook Share on Twitter Share on LinkedIn Share on Pinterest
The Urbliner by Camilo Dominguez is a conceptual electric car designed for students and young professionals who live in Bogota, Colombia. Dominguez designed the Urbliner with the year 2030 in mind. As such, he had a lot of leeway to work with when it came to the look and function of his concepts.

The Urbliner can seat three people, one in front of the other, and can be driven in two configurations. On rainy days, the Urbliner's canopy provides cover, and on sunny days, it can be popped off to let the sun stream in. Dominguez's concept sits low to the ground and looks like it would be a blast to take around the city. The Urbliner by Camilo Dominguez is also designed to be used as part of a city car-share program and not just by individual owners.
3.5
Score
Popularity
Activity
Freshness
Get Better and Faster