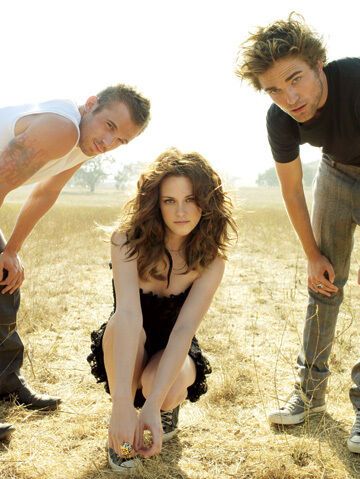 The Twilight Zone in Vanity Fair

In contrast to the movie’s sinister and dark vibe, The Twilight Zone, catches Kristen Stewart, Robert Pattinson and the rest of the movie cast in a sunny safari setting by photographer Peggy Sirota.

The behind-the-scenes video showcases the dynamics of the organic photoshoot. I think they did a great job.

I find it rather funny that the obvious choice of ‘The Twilight Zone’ is the only name that magazine editors seem to come up with for Twilight features (see VMAN Twilight feature below). C’mon, get a bit creative, people.