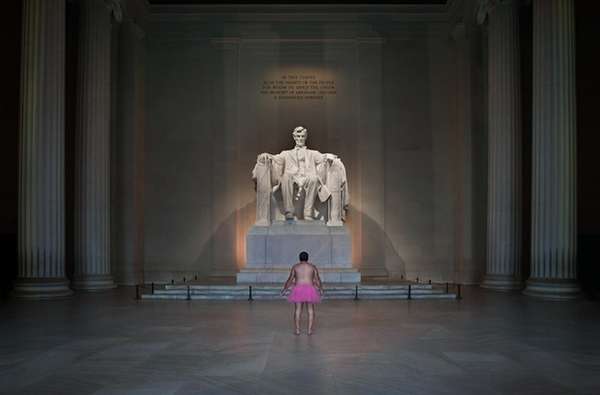 The project, which began a year before, seeks to raise funds for women with breast cancer. Carey, who used himself as the subject in the portrait series, became inspired after wanting to put a smile on his wife's face after being diagnosed with breast cancer. These pictures depict the tutu clad photographer in several beautiful and monumental scenic locations. From the Grand Canyon to the the Lincoln Memorial, each picture shows the carefree and fun loving photographer jumping, standing and posing in a bright pink tutu.

Here's hoping that the Tutu project continues to expand so that it can bring laughs, raise awareness and funds with Bob Carey's exceptional self-portraits.
3.9
Score
Popularity
Activity
Freshness
Get the 2021 Trend Report FREE