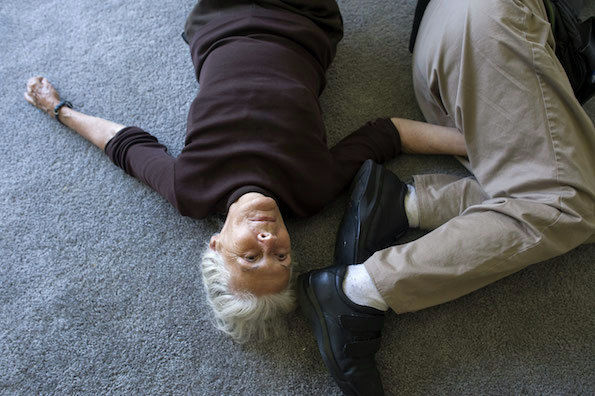 'The Three' by Isadora Kosofsky Redefines Love in Old Age

Vasiliki Marapas — April 8, 2014 — Lifestyle
References: isadorakosofsky & itsnicethat
Share on Facebook Share on Twitter Share on LinkedIn Share on Pinterest
Though she's only 19 years old, Isadora Kosofsky's latest series 'The Three,' proves she is wise beyond her years. The emotionally complex project captures an unconventional relationship between Jeanie, Will and Adina, three senior citizens that have chosen to spend their final days in a three-way relationship.

Kosofosy seeks to challenge the loneliness, isolation and disenfranchisement of the elderly. While we tend to dismiss old people as passive and helpless, this series restores their agency and humanity. The unusual relationship between the trio breaks out against socially sanctioned norms, reminding us that love and friendship come in many structures, forms and appearances, and can often be deceiving.

The end result is an emotionally moving, honest portrayal of the life in its final stages. So, what are you waiting for? Call your grandparents.
2.1
Score
Popularity
Activity
Freshness
View Innovation Webinars