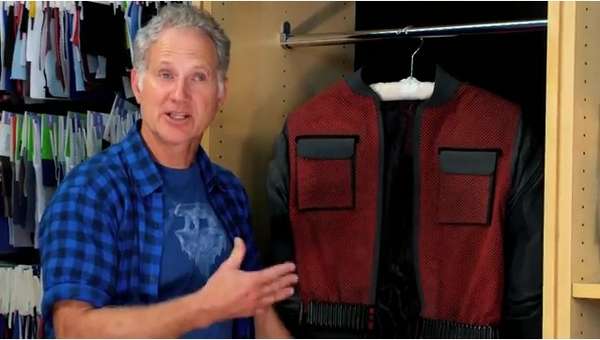 Learn 'The Story Behind the McFly Jacket' & its Creative Process

Matt Ho — September 21, 2011 — Pop Culture
References: youtube & hypebeast
As a part of a campaign to get more notice for the Nike MAG 2011 (Air McFly), Nike has released 'The Story Behind the McFly Jacket' video that discusses how Marty's attire came to be.

As a refresher, Marty wore a futuristic jacket in Back to the Future II, which had the ability to adjust to the body it's on and its own automated drying system. In 'The Story Behind the McFly Jacket,' the VP of Nike Design and Innovation Tinker Hatfield discusses the creative process that went into the now iconic outerwear. The idea was to make a jacket that was less sporty, less performance oriented and more aesthetically pleasing in the futuristic sense. Like many fans of the franchise, I pray that Nike will put this on sale -- along with a functioning hoverboard.
1.3
Score
Popularity
Activity
Freshness