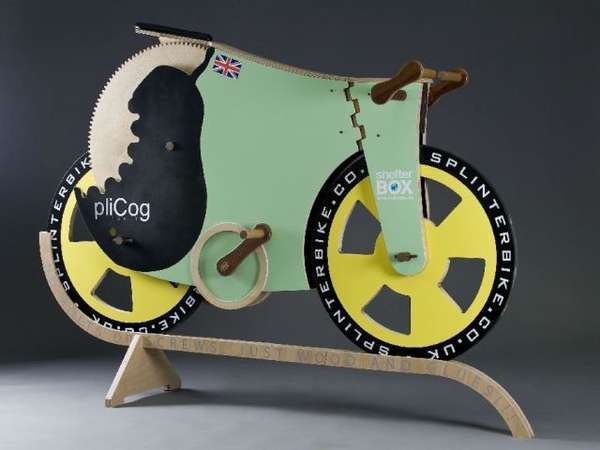 The SplinterBike is Attempting to Set a Land-Speed Record

The SplinterBike only came to existence after a bet between Thompson and his friend during the Tour of Britain that saw Thompson being challenged to build an all-wood bike. Thompson accepted and created a bicycle that has a wooden seat, handlebars, wheels and a chain. The bike itself is an amazing accomplishment, but its designer hopes to one-up himself by beating the land-speed record for wooden bikes. He is in luck as there currently is no record, but the designer estimates that the SplinterBike could do around 31 mph on the right surface.
2.8
Score
Popularity
Activity
Freshness
Attend Future Festival