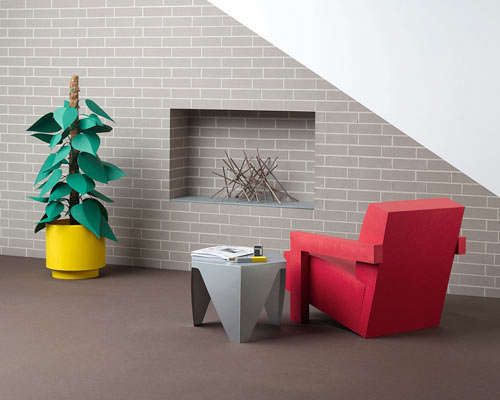 The Office by Paper Donut Comes With a Fun Fictional Backstory

Meghan Young — January 24, 2013 — Art & Design
References: paperdonut & design-milk
Share on Facebook Share on Twitter Share on LinkedIn Share on Pinterest
The Office by Paper Donut is not inspired by the popular TV show of the same name but instead the traditional workspace itself. Nevertheless, there is nothing traditional about this particular office. That is because it has been completely constructed out of paper. Created by Alexis Facca, paper and set designer based in Brussels, Belgium, and founder of Paper Donut, the creation is in line with her past work including the Papercraft Breakfast.

Incredibly detailed, The Office by Paper Donut features everything from a potted plant and armchair to a filing cabinet and photocopy machine. For those imaginative souls, the series even comes with a backstory. In short, the office belongs to Walter R. Cooper advertising agency and is based in the SOHO London district.
0.9
Score
Popularity
Activity
Freshness
Attend Future Festival