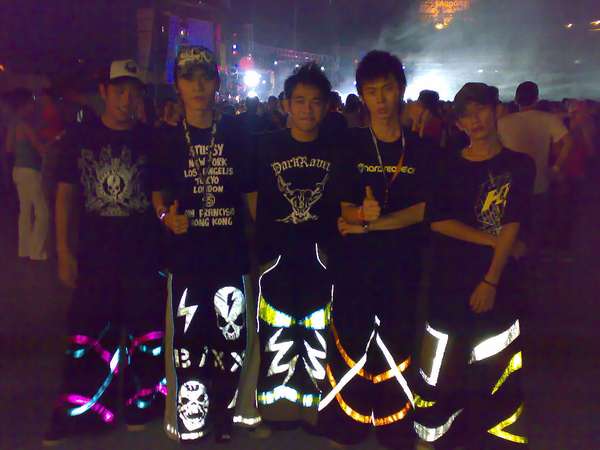 Melbourne Shuffle is the New Moonwalk

The Melbourne shuffle dance style has remained relatively underground since its birth in the late 80s and early 90s. However, there is a Melbourne shuffle phenomenon going on now. You will be hard pressed to find a teen now that hasn't at least heard of the dance.

Today name "Melbourne shuffle" has been derived from overseas DJs, party goers, visitors and the media trying to describe this phenomenon. Some have referred to it as looking like "a cross between the chicken dance and a foot stomping robot" (to the untrained eye), but locals have simply called it the "shuffle" since the early '90's.

Some dancers sprinkle talcum powder on the floor beneath their feet to help them glide more easily, some including 360 degree spins or jumps into their moves.

There are a lot of people using the "Phat Pants" for the Melbourne shuffle as it hides the actual movement of the feet, making the dance appear smoother, as if the dancer is actually floating above the ground.
6
Score
Popularity
Activity
Freshness
Get Trend Hunter Dashboard