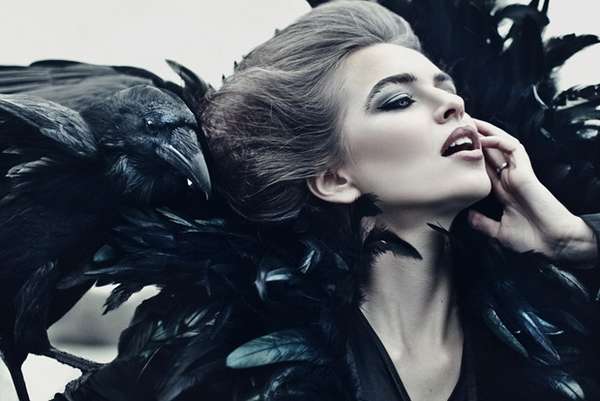 The Lost Kingdom by Ekaterina Belinskaya is Cinematically Regal

Meghan Young — March 26, 2013 — Fashion
References: ekaterinabelinskaya & fashionising
Share on Facebook Share on Twitter Share on LinkedIn Share on Pinterest
Darkly enchanting, the photo series titled The Lost Kingdom by Ekaterina Belinskaya, a photographer based in Moscow, Russia, follows a regal queen as her evil reign comes to a slow end. Whether she is her own undoing or not, the dark queen is first captured languishing outside only to end up in imprisonment, perhaps facing a sentence similar to Marie Antoinette. Granted, she looks more like a character from a fairytale.