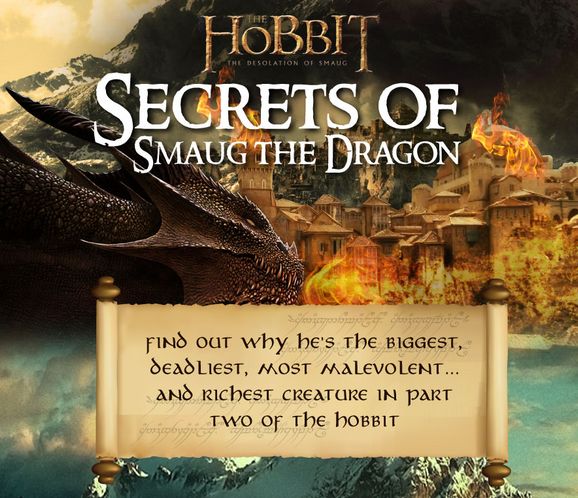 Finances Online Shows the Riches of Smaug from the Hobbit Sequel

Laura McQuarrie — December 13, 2013 — Pop Culture
References: financesonline
December 13th marks the release of The Hobbit sequel, The Desolation of Smaug. As much as it seems like the dragon Smaug will be the focus of this Lord of the Rings film, when J.R.R. Tolkien wrote the books, he hardly included any details about the dragon. To give you some background on the fearsome Smaug, FinancesOnline.com put together this fantastic infographic.

The dragon hoards an impressive collection of gold and valuables like "The Arkenstone," a Dwarven heirloom that is especially precious to Thorin. With items like this in his collection, it’s no surprise that Smaug was among this year’s list of '15 Richest Fictional Characters' by Forbes.

If Smaug was to be compared to someone in the real world, his net worth is just behind that of Bill Gates — which makes Smaug a very rich and powerful dragon.
2.5
Score
Popularity
Activity
Freshness