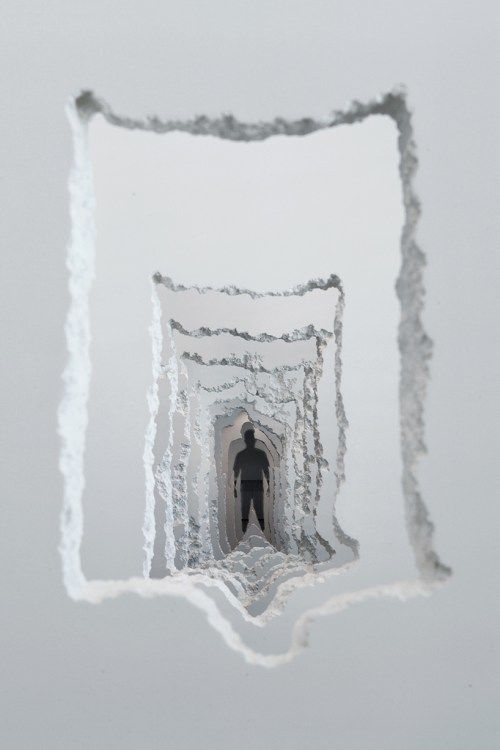 Malika Renee Butss — February 23, 2016 — Art & Design
References: scadmoa.org & designboom
Artists Daniel Arsham brought his most extreme piece to The Future was Then exhibit. Tearing through 300 feet of wall, Arsham has been making the most in depth statement.

Arsham created his piece by carving through 300 feet of faux concrete wall. The Future Was Then exhibit consists of a series of rooms, each separated by the aforementioned deconstructed wall. Inside of each room is a sculpture that serves as a backdrop for the real highlight of the exhibit, the Wall Excavation. It begins as a simple hole in the wall which repeats itself until the aperture takes the shape of a human figure.

The piece allows visitors to critically reflect on the gallery as a space and their role within it while also hinting at the human capability to create and destroy.