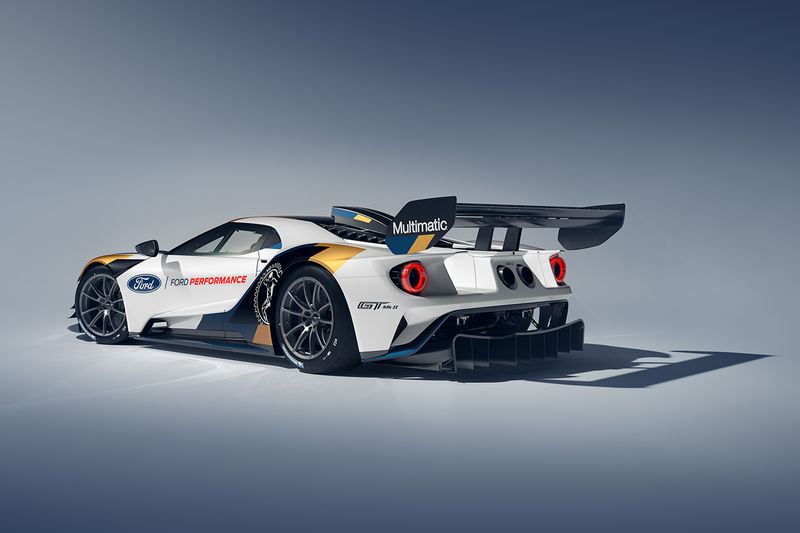 Daniel Johnson — July 11, 2019 — Autos
References: media.ford & hypebeast
Share on Facebook Share on Twitter Share on LinkedIn Share on Pinterest
The Ford GT MkII was recently revealed and will have a limited edition release. The car will be priced at $1.2 million USD, and be limited to only 45 makes. The new model will feature a technologically integrated design, this includes the aerobraking technology which was developed from the World Endurance Championship.

The Ford GT MkII has a much-improved racing design, it will produce significantly more downforce when compared with other GT makes. This is due to the racing splitter, rear wing louvers, as well as the car's drive planes. All of those features combine to produce 400 percent more downforce than previous iterations. The car also features a lighter design, with 200 pounds taken off the model.

The limited edition GT is powered by a 3.5-liter twin turbo V6 engine, which can produce up to 700 horsepower.