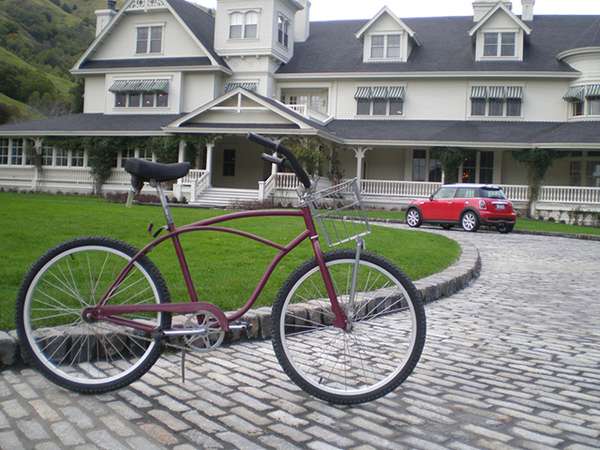 Jamie Danielle Munro — May 16, 2011 — Pop Culture
References: starwars & theawesomer
The Empire Strikes Bike is an ideal form of transportation for any Star Wars fanatic. Granted, it's not quite a hover craft, but it is blinged out in all your favorite Star Wars accessories.

The Empire Strikes Bike comes with a Hasbro AT-AT head, Master Replicas FX lightsabers, and a chrome Vader head from a PEZ dispenser. This bike is the closest you will get to feeling like you are about to fight Luke Skywalker on your way to work. The lightsaber has even been reworked as a headlight to warn any oncoming traffic of your presence.

With a bike like this, you will be ready to take on the world every time you grasp those Empire-themed handle bars. No need to use the force with this cruiser -- Darth Vader has you covered.
6.9
Score
Popularity
Activity
Freshness