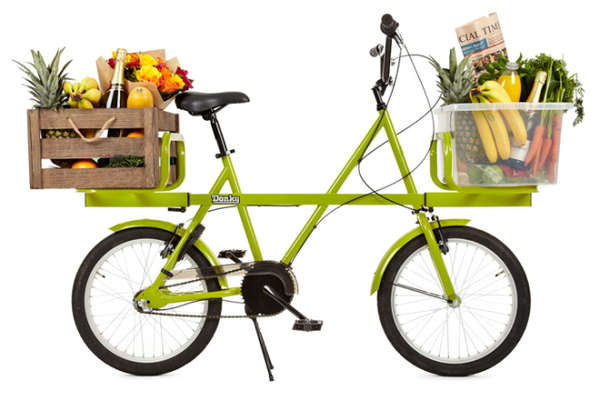 Bicycles are a great transportation method for travelling short distances. They're cheap, fun to ride, good for the environment, and, depending on the traffic congestion where you live, they might even be faster than driving.

Normally carrying big and heavy weights while riding a bike is a recipe for disaster, because you need to sort out a way to rest your cargo on either the handlebars or the frame and still have room to pedal. However, the cargo carriers on the front and back of the Donky Bike make it possible to carry a lot of stuff while still maintaining the same level of comfort and stability as if you were transporting nothing at all.

The idea for the bike came from British designer Ben Wilson who has since made the Donky Bike available to purchase online.
5.8
Score
Popularity
Activity
Freshness
Jeremy Gutsche Keynote Speaker