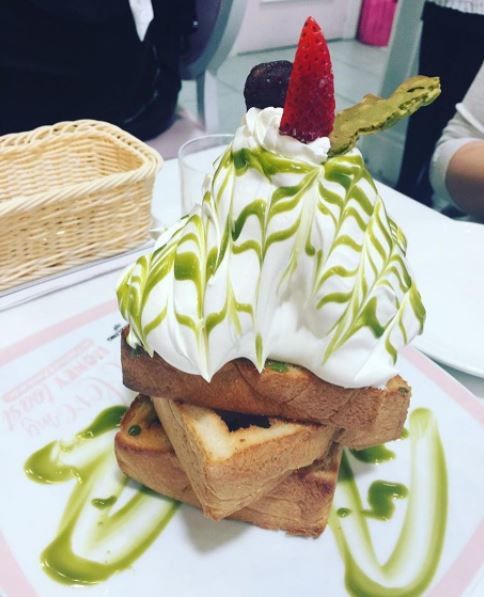 'The Dazzling Cafe' Opened a New Location in Toronto

Joey Haar — June 12, 2017 — Lifestyle
References: dazzlingdazzling & styledemocracy
Share on Facebook Share on Twitter Share on LinkedIn Share on Pinterest
Since opening in Taipei, Taiwan, in 2010, 'The Dazzling Cafe' has grown exponentially thanks to its menu of extravagant dessert options that are as delicious as they are Instagram-worthy. The original location quickly expanded to cities in China, throughout southeast Asia, and even in Vancouver, and it's now made way to the east coast of North America with a location in Toronto.

The Dazzling Cafe primarily offers up decadent dessert food. It's most popular dish is called 'Honey Toast,' though the dish is hardly comparable to a slice of toast that one might have with breakfast. It consists of thick cut slices of bread covered in things like ice cream, macarons, fruit, icing, and more. The cafe also offers savory entrees like pasta, pizza, and rice dishes, so a visit need not necessarily engage one's sweet tooth.
5.3
Score
Popularity
Activity
Freshness
Get Better and Faster