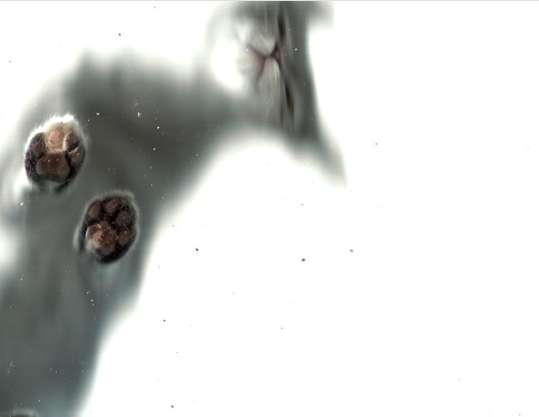 Amelia Roblin — August 11, 2011 — Unique
References: thecatscan.tumblr & animalnewyork
Share on Facebook Share on Twitter Share on LinkedIn Share on Pinterest
Apart from my initial concern for the impact on the animals' eyesight, I have to admit that The Cat Scan presents a compelling concept for contemporary art. Jonny, the creator of this blog, has been scouring the Internet for these sorts of images since October of 2010, because apparently, photocopying pussycats is already a popular practice.

As the website has gradually been acquiring new readers in recent months, people have been contributing their own pictures to the page. Pet owners are asked, "Got a cat? Got a scanner? The choice is clear." By simply sitting your furry friend on the appliance's flatbed and allowing it to move according to its own inclination, anyone can produce these hallucinatory smeared stills fit for a feature on The Cat Scan.
5.1
Score
Popularity
Activity
Freshness
Attend Future Festival