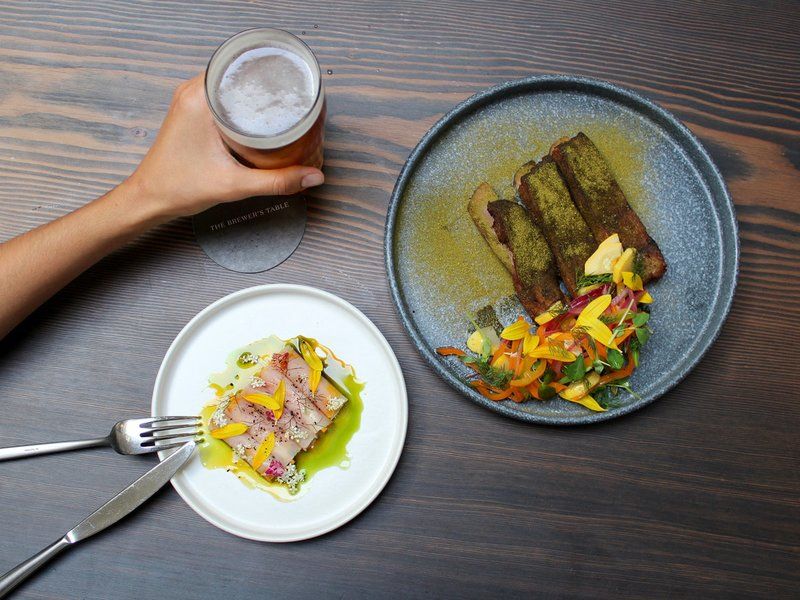 The Brewer's Table Shines an Equal Spotlight on Food and Drinks

Laura McQuarrie — July 25, 2018 — Lifestyle
References: thebrewerstable & foodandwine
Share on Facebook Share on Twitter Share on LinkedIn Share on Pinterest
The Brewer's Table in Austin is a new restaurant-brewery concept that sets itself apart by sharing signature beers brewed in-house that "feature a crossover and collaboration of ideas and ingredients with the food." As such, the concept prides itself on offering much more than just food and drink pairings, as beer and ingredients used in the brewing process play a central role in each meal. For instance, by-products from the brewing process have the potential to show up on one's plate in a number of ways, perhaps as a hop leaf harissa, yeast pickles or beer-brined kraut.