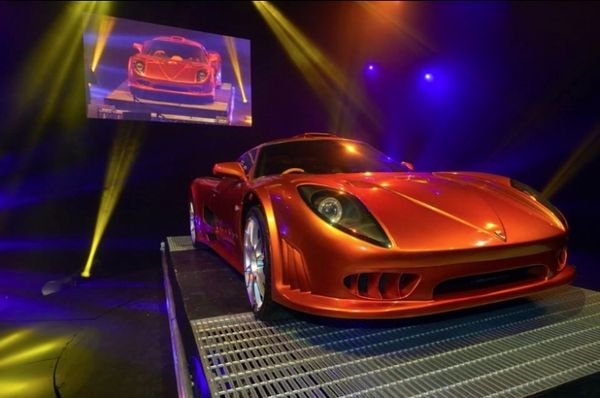 The Bolt from Keating Supercars Hopes to Hit Over 340 Mph

Michael Hines — September 24, 2013 — Autos
References: autocar & dvice
Share on Facebook Share on Twitter Share on LinkedIn Share on Pinterest
The Bolt from Keating Supercars is promising a lot to speed enthusiasts. Its biggest promise is that a speed of 340 mph will be hit when a heavily tuned Bolt is let loose. That would destroy the record of 267 mph set by the Bugatti Veyron, the world's fastest street-legal production car.

Even if The Bolt from Keating Supercars can't hit 340 mph, there is still a lot to love about it. For starters, each one is completely customizable and comes with a GM-sourced 7.0-liter LS7 V8 engine good for a 0 to 60 time of 2.0 seconds. It's also light, coming in at around 2,645 pounds. The Bolt from Keating Supercars is built by hand by a team of three. Since it's completely customizable there is no fixed price for the upcoming supercar, but the company hopes increased and expanded production could lead to a price of around $240,000.
5.3
Score
Popularity
Activity
Freshness
Access Advisory Services