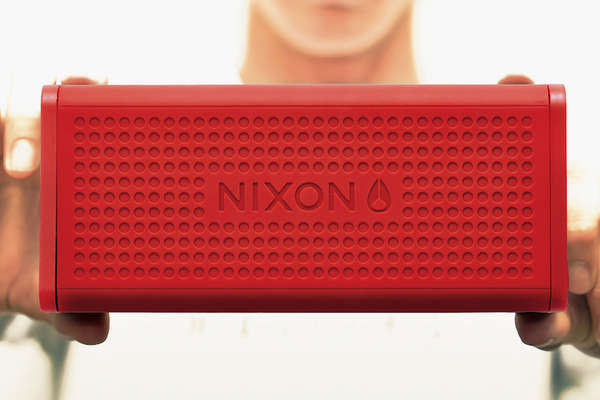 The Blaster Speaker by Nixon Boasts a Superior Battery Life

Meghan Young — February 12, 2013 — Art & Design
References: nixon & hypebeast
Share on Facebook Share on Twitter Share on LinkedIn Share on Pinterest
The Blaster Speaker by Nixon may look suspiciously familiar, especially to those who are fans of the Beats by Dre line. That is because it greatly resembles the Pill sound system, right down to the choice of color. Granted, Nixon's version is much more brick-like, but it clearly shows that its hard to knock what works.

The first bluetooth sound system for the company, The Blaster Speaker by Nixon is the winner of a recent ISPO award in the accessories category. With an indestructible shell and superior battery life (it lasts u to 18 hours on a single charge), it is no wonder that it walked away with such an award. Nixon co-founder Chad DiNenna says, “The Blaster was realized and developed through the experience of our team of athletes and artists."
1.4
Score
Popularity
Activity
Freshness
Get the 2021 Trend Report FREE