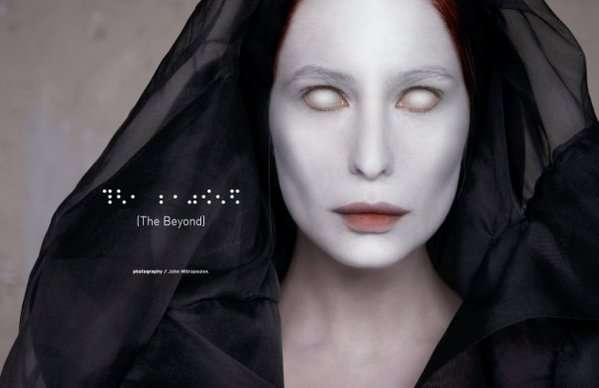 Schon Magazine's The Beyond Spread Will Inspire Spooky Styles

Meghan Young — August 22, 2011 — Fashion
References: yanniskyriazos & behance.net
The Beyond editorial has a sinister vibe to it that has almost everything to do with the fact that the main character in it has white, sightless eyeballs. An early Halloween treat for those who want to get into the spirit sooner rather than later, this editorial is quite spooky, even with the presence of the modern white canes used by the blind.

Shot by John Mitropoulos for Schon Magazine, The Beyond spread nevertheless has a witchlike theme that makes the use of this white stick seem more of a ruse than anything else. The oddity of the shoot is also present in the eccentric and eclectic styling, which was done by Yannis Kyriazos and Kleopatra Florioti. From futuristic prints to colorful layers and ethereal fabrics, The Beyond editorial will inspire some experimental styles.
5.6
Score
Popularity
Activity
Freshness