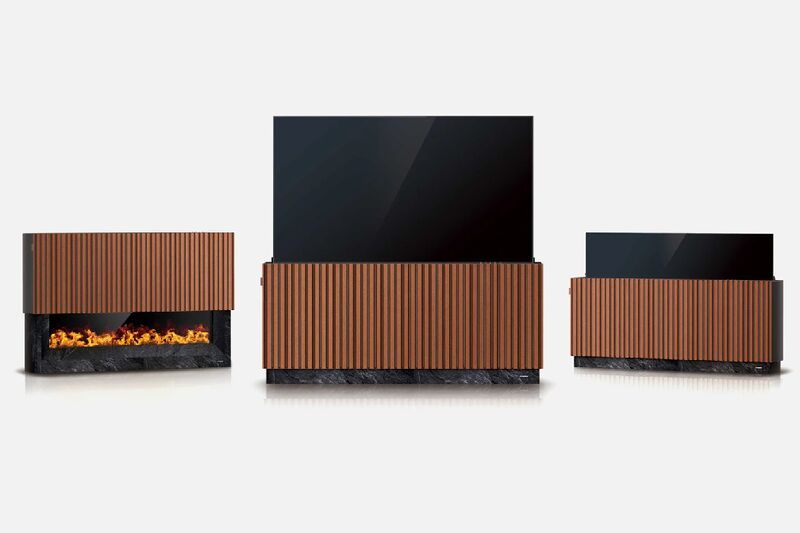 In fact, the 77W boasts three modes. Users can set it to either TV mode, concealed mode, or fireplace mode. The concealed mode drops the display screen into its wooden sleeve base, hiding most of the black box into a stylish wooden unit. When it is in TV mode, the 77W portrays high-definition television for watching videos, sports, entertainment, and the news. Once it's time to relax and unwind, the fireplace mode peeks out from below the wooden panel and plays a looped crackling fire.