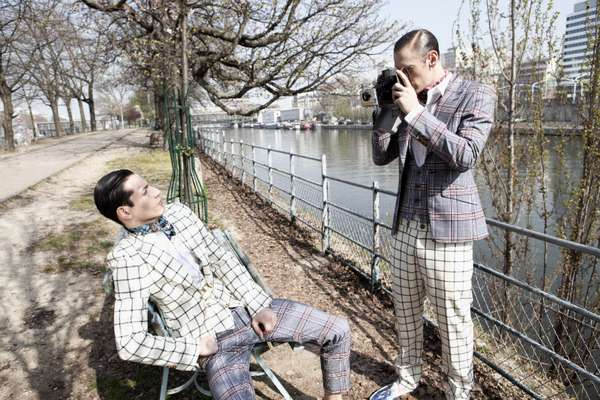 Marissa Brassfield — June 12, 2011 — Fashion
References: twin-shotone & thefashionisto
This editorial for That magazine June 2011 issue features model Nicolas Ripoli in a variety of men's suits and ready-to-wear separates. Photographer Markus Lambert is the lensman behind the shoot, while stylist Marcell Naubert opted for a pattern-clashing mix that is deliberately disheveled.

Each outfit is one or two pieces away from being immaculate from top to bottom. In one shot, Ripoli wears a dapper, well-tailored men's suit; the only trouble is that its top and bottom don't match, and the photographer who's capturing him in the image is wearing the suit's respective halves. In another photo, Ripoli's striped pants and gladiator sandals are relatively well put together, but his tattered blazer gives his torso an unkempt finish.

This editorial for the That magazine June 2011 issue shows just the sort of fashionable abandon we expect from a French publication.
5.6
Score
Popularity
Activity
Freshness