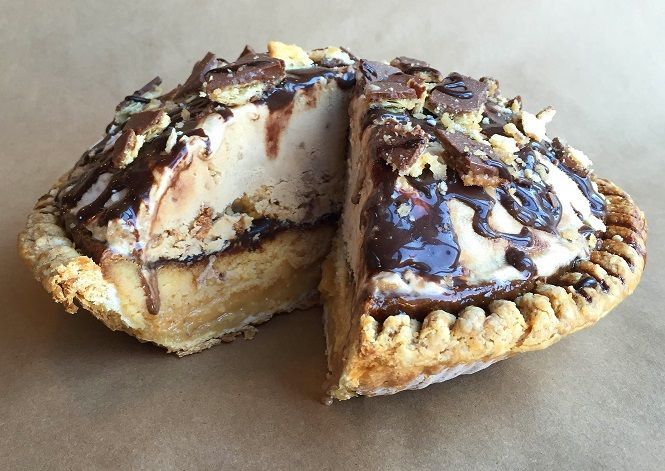 The Thanksgiving pie is an amazing collaboration between Brooklyn-based sweets shops Four & Twenty Blackbirds and Ample Hills Creamery. The pie, titled 'Walt and the Blackbirds,' starts its journey at Four & Twenty bakery, where its crust is baked and then laden with salty honey filling. Because the honey concoction is so saturated (it contains only 18% water), it doesn't freeze, keeping the bottom layer of the dessert gooey and soft even with the ice cream on top. At Ample Hills Creamery, the salty honey pie is covered with a domed layer of brown sugar cinnamon and oatmeal lace cookie ice cream, drizzled with fudge and sprinkled with sea salt.

This Thanksgiving pie is a savory sweet behemoth that will no doubt be the highlight of many New York Thanksgiving dinners.
3.4
Score
Popularity
Activity
Freshness
Get the 2021 Trend Report FREE