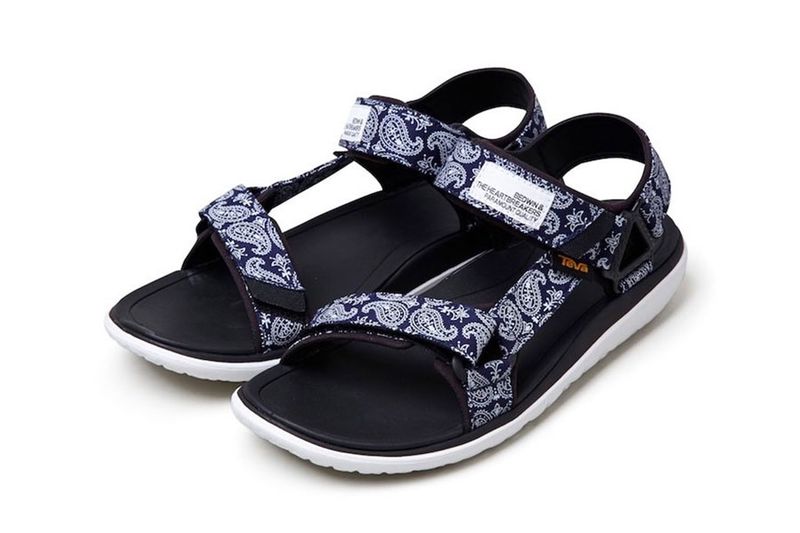 BEDWIN & THE HEARTBREAKERS Joined with Teva for a New Design

Riley von Niessen — May 26, 2017 — Fashion
References: tevaonline & hypebeast
BEDWIN & THE HEARTBREAKERS, a fashion label that's based out of Tokyo, Japan, collaborated with Teva, a footwear brand that boasts highly functional styles that are also stylish, to create a pair of bandanna-print sandals that are perfect for male consumers looking to stay cool.

As the outsoles of the sandals are constructed from a patented "Float-Lite" material that allows them to cushion the wearer without weighing them down, they can be worn all day for a vast variety of purposes. This versatility is aided by the thick lined straps that make up the uppers as well, which make the sandals breathable but also supportive.

Near the ankle, both BEDWIN & THE HEARTBREAKERS and Teva's branding is featured, making the collaborative effort known and bringing a little more variance to the bandanna-pint straps.
2.8
Score
Popularity
Activity
Freshness