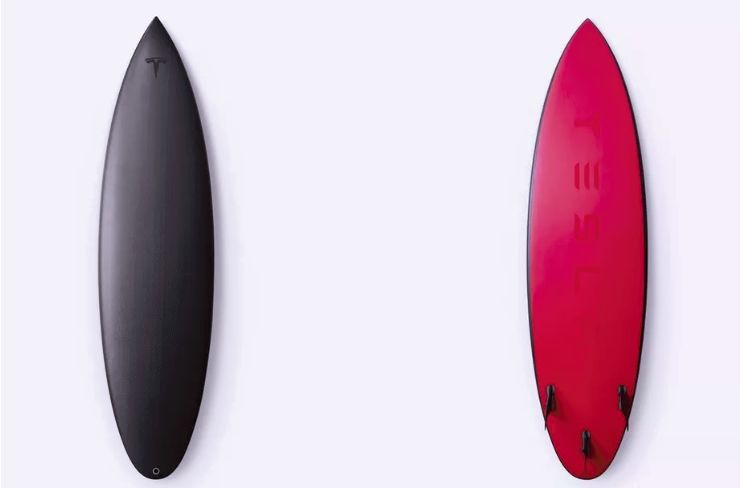 Justin Lam — July 30, 2018 — Autos
References: theverge & news.sky
Tesla may be known best for its innovative and luxury electric cars, but its newly released Tesla surfboards shows the company's ability to create interesting merchandise with a technological focus. Designed in collaboration with Lost Surfboards and Matt "Mayhem" Biolos, this unique piece of merchandise shares the same finish as the company's cars. The Tesla surfboards also come reinforced with carbon fiber for increased durability. According to the description on the company's website, the surfboard can easily fit inside the Model S, X and 3 on either the inside or the outside of the vehicle.

The Tesla surfboards were only released in limited quantities, with only 200 being made in total. This limited amount sold out almost immediately but several examples of the Tesla merchandise have already appeared on eBay for sale.