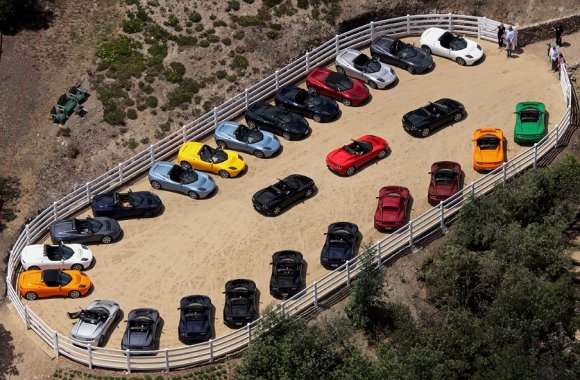 In Los Angeles, to celebrate the company's 500th produced electric car and the one-year anniversary of the first retail store, Tesla Roadster owners gathered for a drive on the Tesla Convoy.

It is a remarkable feat that Tesla has managed to produce 500 electric cars in such a short existence. Based out of San Carlos, Sonora, Mexico, Tesla and the Roadster will be expanding to New York, Chicago, Miami, Washington DC, London, Munich and Monaco.
1.5
Score
Popularity
Activity
Freshness
Attend Future Festival