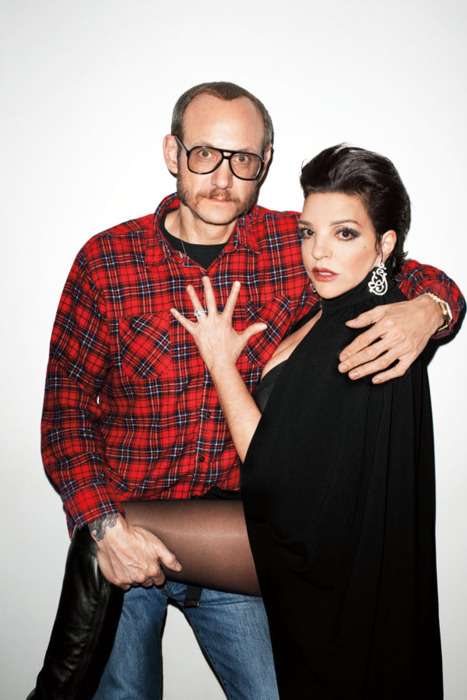 Terry Richardson is arguably the world's most recognizable fashion photographer, and Liza Minelli is still revered as Old Hollywood royalty, being the daughter of the legendary Judy Garland and Vincente Minelli. The Terry Richardson-Liza Minelli is the first major public appearance for the actress and singer, who was last seen last year when she participated in Donald Trump's 'Celebrity Apprentice' for NBC.

The most significant thing about the Terry Richardson-Liza Minelli shoot is the fact that the 65-year-old Liza looks young, vivacious, and sensual. That's extremely impressive for a woman who has been under the Hollywood microscope her entire life and somehow managed to come out unscathed.

This issue of Love Magazine is on newsstands now.
4.6
Score
Popularity
Activity
Freshness
Get Better and Faster