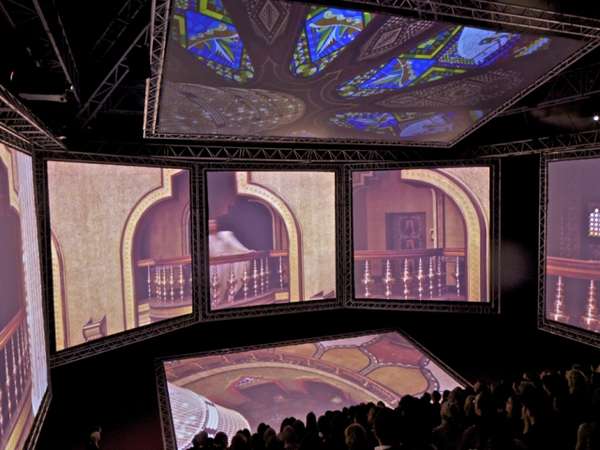 The Temporary Cinema Pavilion is Designed by OMA and Kanye West

Proving that he is a Jack-of-all-trades, Kanye and his visionary creative team Donda, helped to develop the seven-screen pyramid cinema in anticipation for the showing of Cruel Summer, the rapper's debut short film.

Showcased in Palm Beach, the pop-up pavilion features a dynamic design that aims to entirely encircle its viewers. This memorable space allows movie watchers to view images from every angle that surrounds them. Working with the Ar’Scene production team, Kanye and OMA's triangular pavilion was a hit with visitors, housing a seating space made to fit up to 200 people.