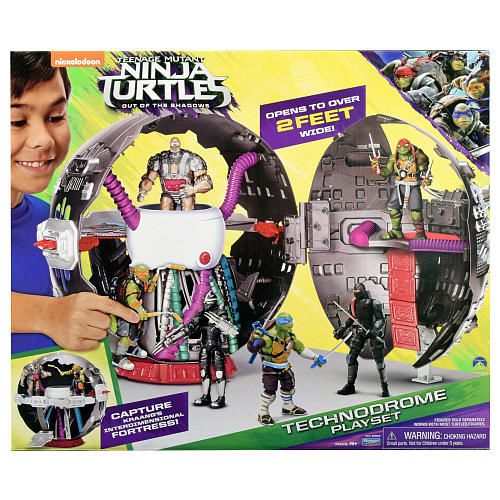 This Technodrome Playset is Great Accessory for TMNT Action Figures

From the franchise's 2016 sequel, 'Out of the Shadows,' this galactic fortress allows children to reenact some of their favorite scenes. Interdimensional, the Technodrome Playset offers a seat for Kraang to drive into battle, as well as an additional storey. Once landed, the sturdy fortress opens up to be two feet wide, giving children ample space to play.

In addition, the Technodrome Playset incorporates a secret trap door so that the Teenage Mutant Ninja Turtles can trap their enemies within the jail. Although the action figures are sold separately, the fortress fits with most models. This toy is recommended for children between four and eight years old.
3.1
Score
Popularity
Activity
Freshness
Attend Future Festival