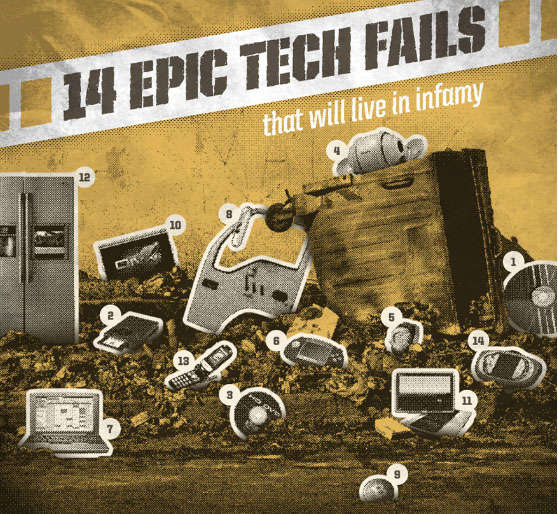 Mashable Takes Us Down Memory Lane with Spectacular Tech Failures

Andrew Sztein — February 4, 2013 — Art & Design
References: visual.ly & mashable
Being an early adopter in the world of technology is fraught with peril; having the latest hot gadget may just mean you're stuck with an expensive and useless tech failure.

I'm not ashamed to admit that I owned several of the products listed on Mashable's '14 Tech Fails of the Past' infographic, and it even made me nostalgic for the days of getting excited over such products. Whether you owned an HD DVD drive, a laserdisc player, a zip-drive or even an early tablet PC that has little in common with an iPad, these were cool products for their time. Just because they didn't sell well or didn't penetrate the market as well as their designers intended, many of the tech failures listed here were actually quite ahead of their time. Except for the disposable DivX discs. Those were always a pretty lousy idea.
0.9
Score
Popularity
Activity
Freshness