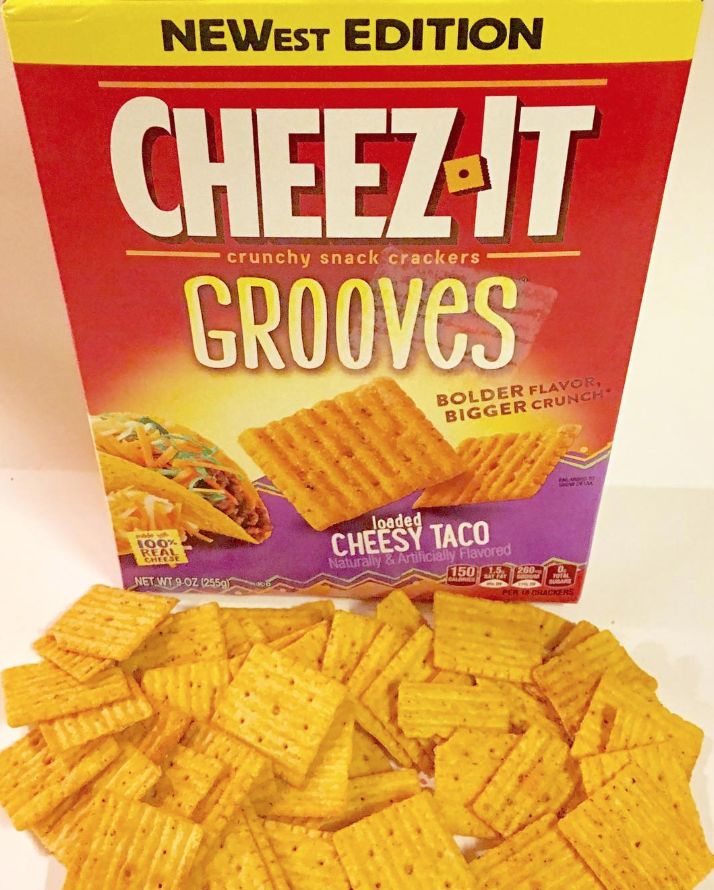 The new Cheez-It Grooves Loaded Cheesy Taco crackers are a taco-flavored creation that doesn't just taste like tortillas, but like all of the delicious taco toppings. As the box claims, the crackers combine the savory flavors of a crunchy corn taco shell, seasoned ground beef, sharp cheddar cheese, lettuce, and a hint of onion. For a true taco experience, the crackers can be dipped in complementary sides such as salsa, guacamole, or queso.

Though the crackers have not been officially released, eagle-eyed fans have spotted the crunchy creation at Meijer grocery stores.