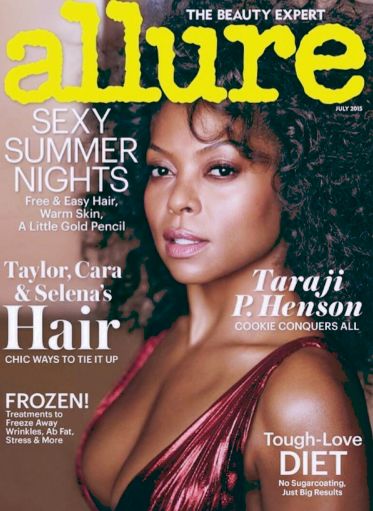 Meghan Young — June 18, 2015 — Fashion
References: allure & fashiongonerogue
Share on Facebook Share on Twitter Share on LinkedIn Share on Pinterest
American actress Taraji P. Henson, who currently stars in 'Empire,' can be seen on the cover of the latest issue of Allure Magazine. She brings a fierce sense of glamor to its pages that's reminiscent of her character on the hit television show. Yet she takes on a retro look by channeling the 70s.

Shot by photographer Carter Smith, Taraji P. Henson opens up about her career and what she's avoided along the way, “I always wanted to be known for my work. Not who I dated. Not who I slept with….I have a gift, and my gift is acting. I started in the business at 26 with a kid, so I was smart enough to know reality from fantasy. I didn’t want to blur the lines. This is a job that I have to do. I cannot get caught up in it. And if I sleep with these guys, why would they want to work with me again?”
0.9
Score
Popularity
Activity
Freshness
Attend Future Festival