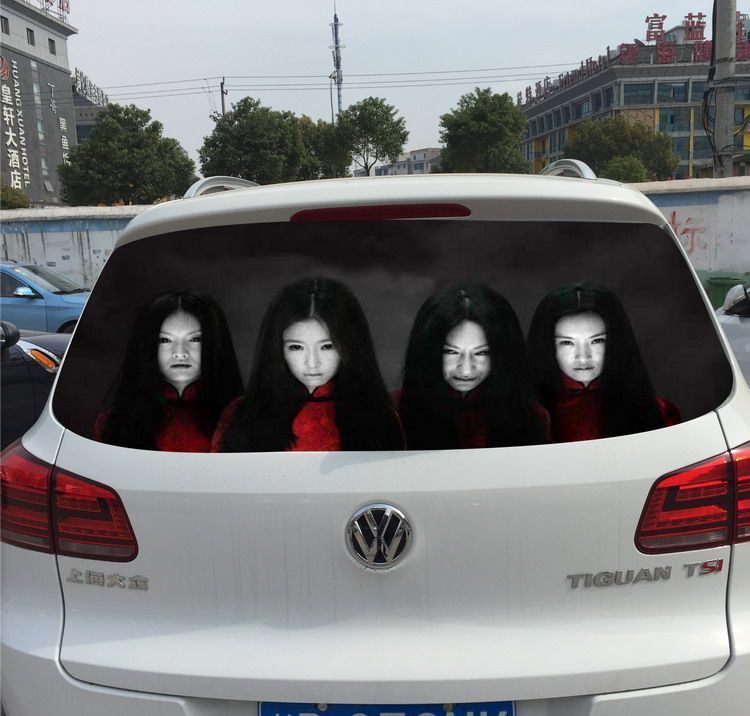 Joey Haar — November 16, 2016 — Autos
References: world.taobao & mashable
Share on Facebook Share on Twitter Share on LinkedIn Share on Pinterest
Not only is it annoying when an oncoming or following driver shines their high beams, but it's also dangerous, so Taobao has come up with a clever deterrent. The Chinese retailer offers reflective decals with terrifying images, the hope being that the person shining their high beams will be so rattled that they'll turn of the lights on their own.

The faces on Taobao's reflective decals usually feature female vampires from various popular eastern horror film franchises. These decals are nearly invisible during the day and totally invisible under normal nighttime lighting. However, when high beams are shining at them, they effectively reflect the light, revealing themselves to inconsiderate drivers.

To be sure, any driver will recognize that the decals aren't actually monsters. However, there's a chance that the Taobao images' uncanny natures will be enough to get drivers to turn the lights off.
7
Score
Popularity
Activity
Freshness
Attend Future Festival