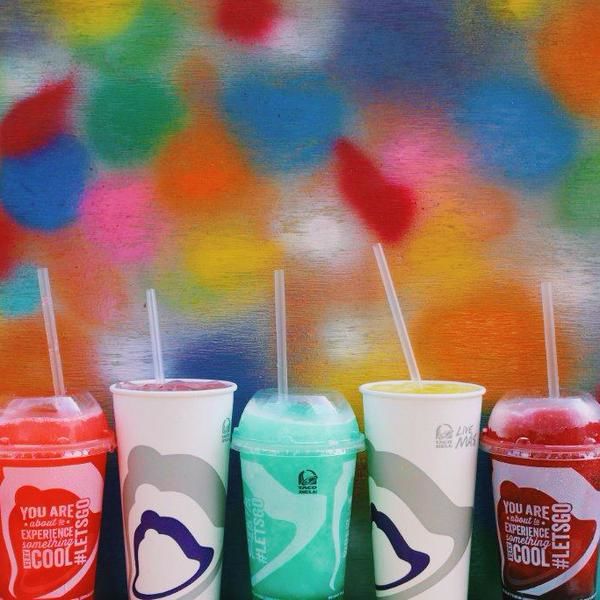 Charlotte Joyce Kidd — September 17, 2015 — Lifestyle
References: torontosun & refinery29
Share on Facebook Share on Twitter Share on LinkedIn Share on Pinterest
Taco Bell is introducing a new, dine-in concept: the Taco Bell Cantina. At a Taco Bell Cantina, patrons will be able to sit and enjoy their Mexican fare along with an alcoholic beverage -- a first for the fast food giant.

On the menu -- along with such extravagant food creations as 'Grilled Stuft Nachos,' 'Cap'n Crunch Delights' and the ever-classic 'Chalupa' -- is beer, wine and a special Taco Bell frozen beverage. The Taco Bell take on the margarita will come in three flavors: 'Mountain Dew Baja Blast,' 'Cantina Punch' and 'Cantina Margarita.' Each one can be infused with either Captain Morgan white rum, Ketel One vodka or Don Julio tequila.

Taco Bell Cantina has two locations so far, in Chicago and San Francisco, but as the concept expands, the local Taco Bell may just get a little livelier.
1.9
Score
Popularity
Activity
Freshness
Get Better and Faster