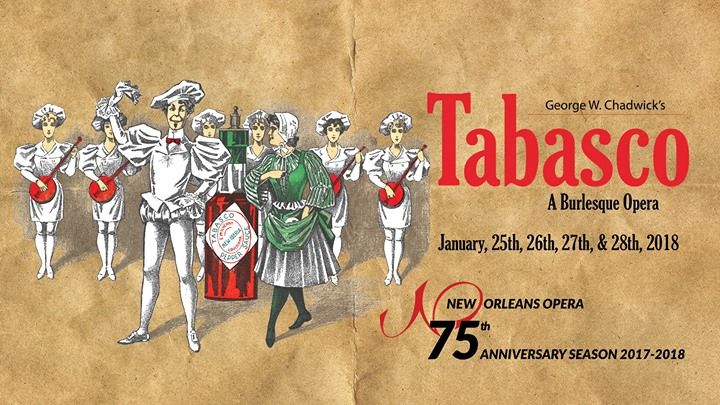 The opera revives a 19th century musical comedy by George W. Chadwick that was originally performed in 1894. Although the opera was initially created without the knowledge of the McIlhenny Company, the maker of the spicy pepper sauce, the company approved it and it became a hit sensation across the United States, with the McIlhenny Company sponsoring the original tour.