Next Big Thing in Music? 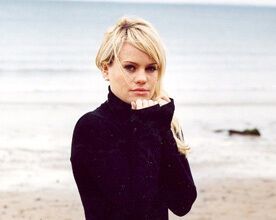 Bianca — March 17, 2008 — Pop Culture
References: sxsw & latimes
Share on Facebook Share on Twitter Share on LinkedIn Share on Pinterest
South by Southwest (SXSW) is one of the world's largest music festivals that takes place in Austin, TX. It's also the hatching ground of many artists, or where they get their big break. A few of the artists we've had our eye on at Trend Hunter have now been hailed as the Next Big Thing after their performances including Yael Naim, the Ting Tings and Kid Sister.

"South by Southwest presented 1,775 bands in its official showcases, and with unofficial shows there were easily more than 2,000 bands performing in Austin, Tex., during the festival's four days," the New York Times said.

The event draws in media, ordinary fans and spectators, wannabe singers who come with every hope their music will be launched from MySpace to mainstream, and tons of celebrities already recognized internationally. It's a great place to get exposed; John Mayer made his claim to fame at SXSW, but it's also a great place to mingle and have a good time.

"A couple of new artists got tongues wagging," the LA Times reported. "She & Him, the urbane retro-pop band featuring actress-singer Zooey Deschanel and troubadour M. Ward, endeared itself to many at its various gigs. Young Welsh soul belter Duffy made her first U.S. appearances, charming many with her bedroom-mirror moves and bold, brassy voice."

Then there were the well-knowns of the past, those who had slowly drifted into the shadows of the limelight but were ready to make a reappearance. Robyn, the Swedish pop star sang old Prince songs as well as new tracks from her own album, Who's that Girl at Perez Hilton's party. "Peace Corps preppies Vampire Weekend played too, though the band's recent 'Saturday Night Live' appearance had already put it past the point of Next Big Thing."

Trendhunter was there for the Interactive week of SXSW, so I can agree with the LA Times when they say, "SXSW is not just a schmooze fest; it's a booze fest."

We missed the music portion, but friends filled us in. According to several attendees, watch out for these names in addition to the ones already noted:
Santogold "a charismatic hybridizer of hip-hop and pop, projected cool as she intoned her polyglot songs," according to the LA Times.
Paddy Casey an Irish singer and songwriter who creates a mix of soul, indie and folk rock
Wale a rapper from Washington, DC