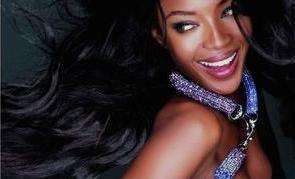 Fashion Rocks For The Prince's Trust

Glamboulevard — September 17, 2007 — Fashion
References: glamboulevard
Share on Facebook Share on Twitter Share on LinkedIn Share on Pinterest
On October 18th , Swarovski will bring the biggest names in fashion and music together in London's prestigious Royal Albert Hall for the Swarovski Fashion Rocks for the Princes Trust 2007. The charity event will include shows by international designers such as Chanel, Dolce & Gabbana, Armani, Valentino, Versace, Burberry, Calvin Klein, Stella McCartney and Yves Saint Laurent as well as performances from the world's top music artists. "This is one of the most exciting combined fashion and music fundraising events ever, harnessing the powerful influences of fashion and music to raise money for youth charity, The Prince's Trust," said Elizabeth Saltzman, Chairwoman of Swarovski Fashion Rocks for The Prince's Trust. Actor Samuel L Jackson is said to host the show while Naomi Campbell will pose for the 2007 campaign.

On this special occasion, the Austrian brand will also launch their new exclusive limited edition called The Swarovski Fashion Rocks collection for The Prince's Trust. Scottish Christopher Kane and jeweler Stephen Webster worked together with the in-house team to design the line. The jewellery collection will be available from the London flagship as well as online.