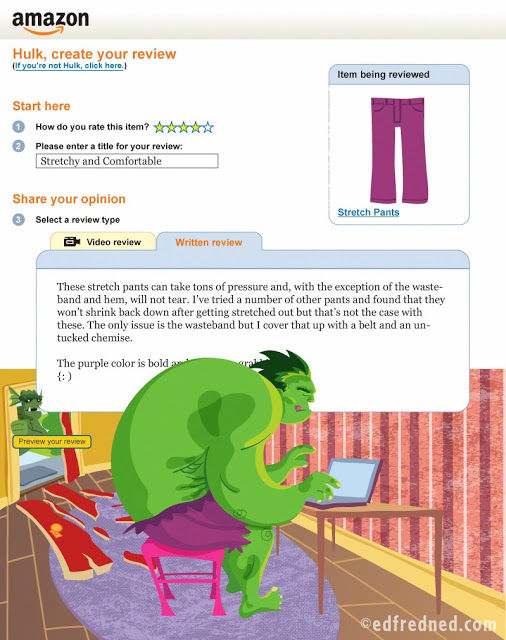 Tiffany — November 26, 2013 — Tech
References: edfredned.blogspot
Share on Facebook Share on Twitter Share on LinkedIn Share on Pinterest
Boston-based illustration and graphic designer Ed Shems has created a series of hilariously fun, energetic illustrations of what happens when superheroes start to use social media. But seriously though, what would actually happen when the Hulk, Batman, Spiderman, Superman and Robin start using the Internet? In today's world, where every single person is connected by the Web, it wouldn't be hard to decipher.

In the illustrations, we see Hulk reviewing his new stretchy purple pants on Amazon, Batman taking a moment from preventing crimes to tweet about his status, a burglar accidentally checking in to 'Electronics 'R' Us', a social media-obsessed Spiderman complaining about the number of likes he has, the security issues Batman faces on Facebook, etc.