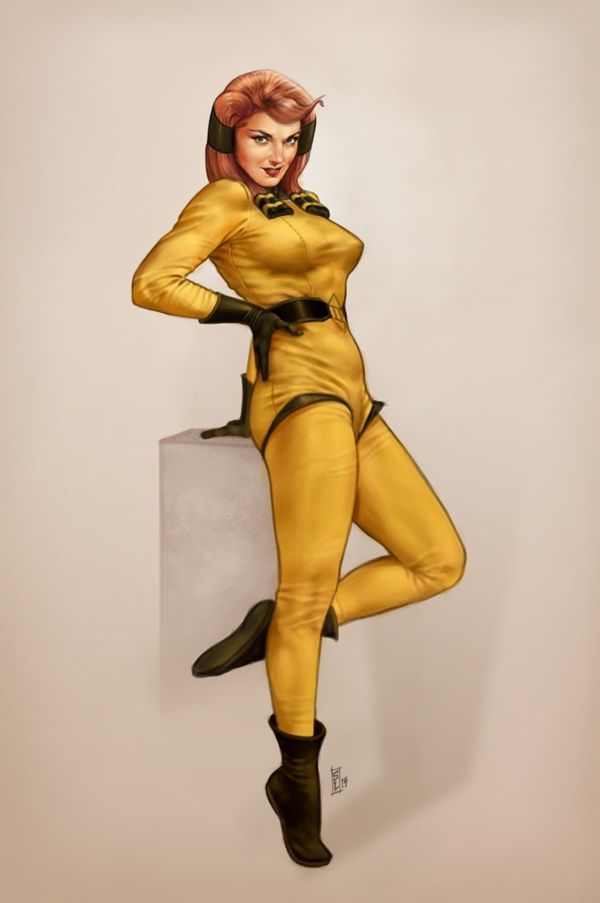 Meghan Young — September 23, 2014 — Pop Culture
References: artstation & designtaxi
Share on Facebook Share on Twitter Share on LinkedIn Share on Pinterest
This superhero pin-up series is not what one would immediately expect. Freshingly classy, the images are much more clothed and voluptuous that some of the iconic pin-up imagery that has been circulated over the years. Truly vintage in not only proportions but also the demure poses and expressions, people will love this take on female superheroes. Granted, some may think that the superhero pin-up series thwarts their powerful image.

Created by Stephen Langmead, an ilustrator based in England, the superhero pin-up series re-imagines a 1941’s Wonder Woman, 1956’s Batwoman, 1961’s Sue Storm and 1964’s Scarlet Witch. They are all depicted in the original costumes from their respective first comic appearances. Thus, this superhero pin-up series educates fans on comic books as well as the sex appeal of a real woman's body.
5.5
Score
Popularity
Activity
Freshness
Get the 2021 Trend Report FREE