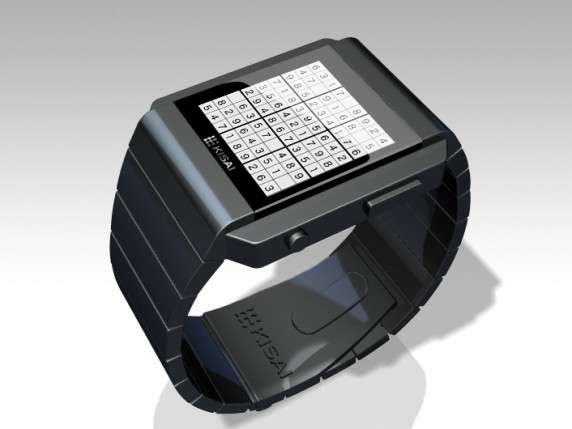 Tell Time and Exercise Your Brain With the Sudoku Watch

Combining a stylish watch and a mind-exerciser in one, the Sudoku Watch is perfect for long commutes or simply when you have nothing else to do. It features the traditional 9-by-9 Sudoku grid on an LCD display screen, but the catch is that the missing numbers needed to solve the puzzle actually indicate the time! If you can't figure out the puzzle, you can (in shame) touch the screen to reveal the missing numbers. Extra features include an alarm, date function and EL backlight.
1.5
Score
Popularity
Activity
Freshness
Attend Future Festival