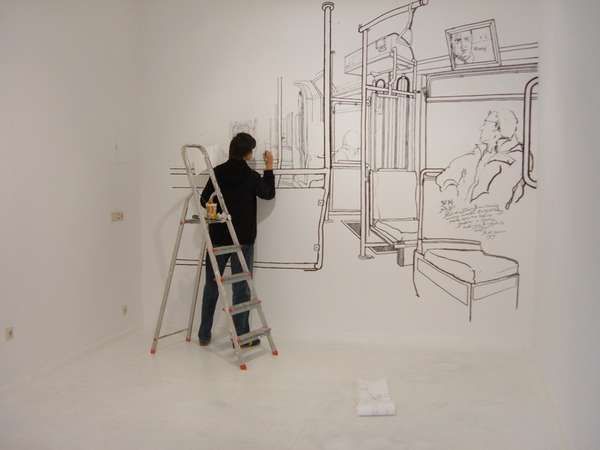 The artist, Michal Tatarkiewicz, painted the white walls of a room with a sketch of a subway cars. He did so with such talent that he was able to create the illusion the image was 3-dimensional.

The mural by the 28 year old graphic artist and designer from Poland looks like a modern subway car, but it's beautifully done nonetheless. He didn't miss a details, as he's included not only the features of the vehicle itself, but included passengers and posters above the windows.

"I would love to make the exhibitions in London and NY gallery," he says. Hopefully that wish will be fulfilled.
0.4
Score
Popularity
Activity
Freshness
Get Trend Hunter Dashboard